It has long been predicted by some within the augmented reality community that AR will succeed when people stop calling it “augmented reality.”  By that measure, things are looking up. The last six months has seen a rapid increase in the amount of AR visualization technology entering the mainstream conversation, yet almost no one is calling it “AR.”

Take, for example, the HoloLens, the impressive new AR headset recently announced by Microsoft. The concept video for the device is chock full of use cases that we’ve seen before, such as virtual 3D modeling (Iron Man, Meta), TV broadcasts floating in midair (Sight), interactive displays projected onto walls (every AR video ever), and virtual games projected onto tabletops (Meta). These are not yet everyday experiences for lots of people (although some applications do exist), and different providers do them differently, but the concepts are by now so familiar to AR developers and thought leaders as to be tropes within the industry. Nevertheless, you won’t hear the word “augmented” once in the HoloLens video.  Instead, these augmented displays are called “holograms.”

Micosoft’s FAQ has anticipated your question “How is this different from existing AR and VR technologies?”, and has this response:

Holographic computing experiences with Microsoft HoloLens are different from existing experiences, such as augmented reality (AR) and virtual reality (VR). With AR, the user sees a layer or screen of data that overlays the real world. While this data can be contextual to the user’s location, or where the device’s camera is pointed, it is not the same as being able to see holographic objects pinned, or anchored, to specific physical locations or objects in the real world. … Holographic experiences on Windows are about delivering a mixed reality that lets you enjoy your digital life while staying more connected to the world around you–transforming the ways you create, connect, and explore.

So Microsoft has boiled the term “AR” down to a Google Glass-type “overlay,” and distinguished its technology by virtue of its contextual interaction with physical surroundings. Of course, there have always been those who argued that this sort of interactivity was critical to the definition of “AR,” and that anything less was merely a heads-up display. One of my first blog posts, more than four years ago, was on this topic. Now that definitional debate is coming home to roost.

Magic Leap, which Google recently acquired, refers to its technology as “cinematic reality.” Its explanation for how this differs from “AR” is similar to Microsoft’s:

On Oculus Rift and pretty much every other virtual and augmented reality experience, what the viewer sees is flat and floating in space at a set distance. What Magic Leap purports to do is make you think you’re seeing a real 3-D object on top of the real world.

“Those are old terms — virtual reality, augmented reality. They have legacy behind them. They are associated with things that didn’t necessarily deliver on a promise or live up to expectations,” Abovitz told the South Florida Business Journal earlier this year. “We have the term ‘cinematic reality’ because we are disassociated with those things.” 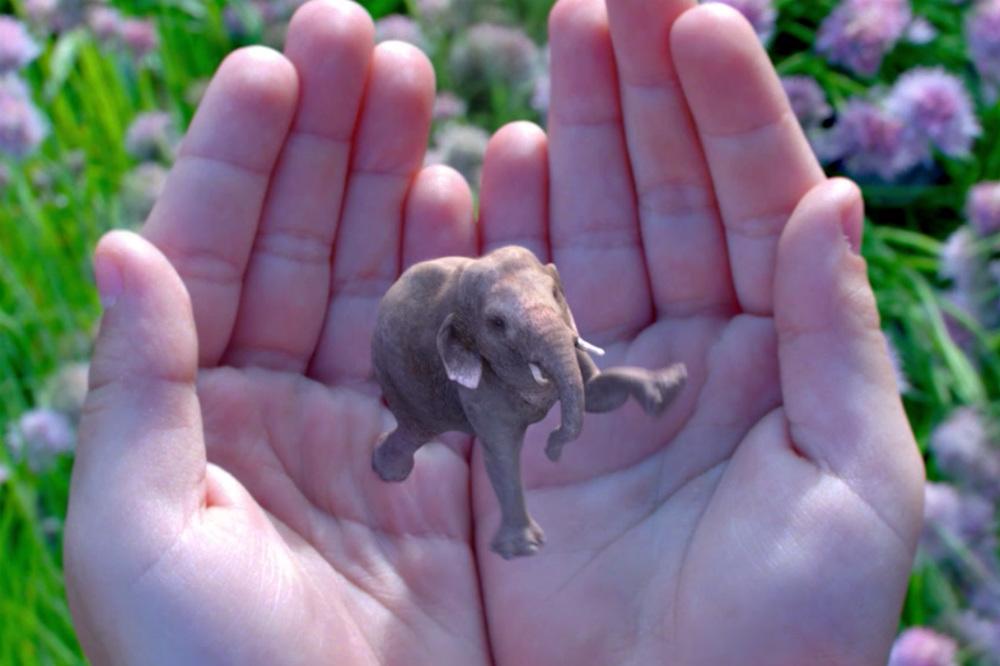 The takeaway is the same: “AR” is flat, old, and busted.  We’re the new hotness.

As much as anything else, these are marketing techniques–a way to rekindle excitement for prospective solutions that are legitimately exciting, but that others in the past have failed to deliver. As such, terms like “holographic computing” and “cinematic reality” are an indictment of the AR industry’s inability to deliver on the promises it has been making for several years now. As one commentator put it, AR has “been the Next Big Thing for a while now, although it never manages to become the Actual Current Big Thing.” And he said that back in 2011.  People can only tolerate high hopes for so long before they become disappointments.

And there are intellectual property concerns at work as well.  No one can trademark the descriptive term “high-definition television display,” but “4K” and “Blu-Ray” are a different story. Far be it from me to opine in a blog post on which AR-related terms will merit trademark protection and which are merely descriptions of the technology being used. But even those terms that don’t get registered as trademarks can be useful in shaping the conversation about the technology and getting the public comfortable with adopting it.

As any true enthusiast of augmented reality must admit, however, it’s a positive development for the industry that AR providers are coining their own terminology.  If companies like these are going to invest significant resources into augmenting our realities–as we want them to–we should expect them to find a way to brand  their particular way of doing it. Which brand names survive remains to be seen, but the fact that companies see it as worth the effort to try is encouraging.